Liezel and I made it to the first Olympic figure skating practice session yesterday at Pacific Coliseum. It was cool to be there but it made me sad that I don't have tix to any of the real figure skating events. I checked online today, but the cheapest tix I could find were $225 each for the men's short program and they were obstructed seats in the nosebleeds (at an original price of $50). I think I'll just watch it on TV for that price!

Anyway, we decided to drive to the event for 2 reasons: 1) the session started at 7:00am and I couldn't even comtemplate taking public transportation that early; and, 2) we didn't really know how to get there by bus!

Well, it turned out to be fine. That area is Liezel's old 'hood and we knew where to park. Also, because it wasn't an actual "event", it wasn't that busy. The only problem with our free parking was that it was close to the venue, but once you take into account the limited access into the building, we had to do a bit more walking than expected to get inside the building.

Once inside, I was surprised that the session was sold out. When we got there at 8:15am (yeah, we couldn't even get there on time without the bus!), the place was half empty (it seemed like there were more volunteers than spectators!). Later in the morning, it got pretty full, but it was by no means a full house. It's sort of sad that it was considered sold out and not full because I know there were many people who would have gone if they could have gotten tix.

The session went from 7:00am to 1:00pm and it was a pair's practice followed by a men's practice. Even though we got there late, I think we saw most of the pairs. Since it was a practice, it is not mandatory for the skaters to show, but most of them did. By 1:00pm, they asked us to leave, but the practice didn't end until 2:00pm. So, I think maybe Yevgeny Plushenko was in one of the last practice groups (if he even showed) because we didn't see him.

We managed to see all the medal contenders for the pairs and most of the them for the men. Yes, we saw Dube and Davison as well as Patrick Chan. Most of them ran through their long programs, but did not execute jumps during the program. They practiced those outside of the programs. It was fun to watch and made me miss being on the ice. Practices and competition are 2 different things.

Next weekend, we have tix to another practice session. This time, it's ice dance and women. I can't wait! 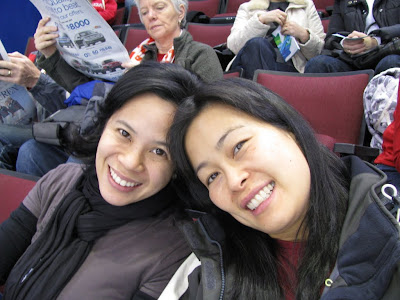 It was an early morning for the 2 of us to be out of the house! 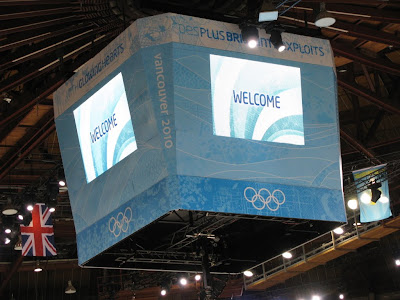 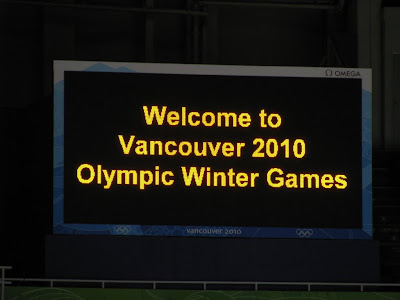 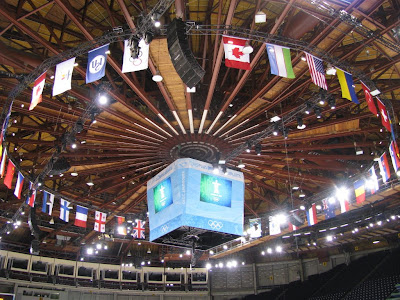 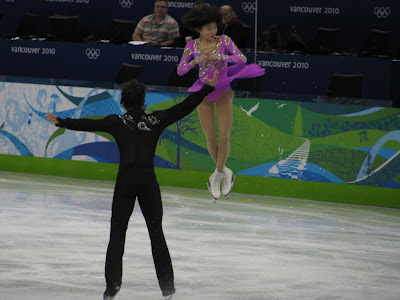 The Russian pair - Kavaguti and Smirnov 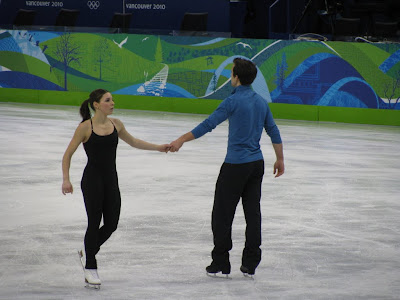 Dube and Davison run through their long program 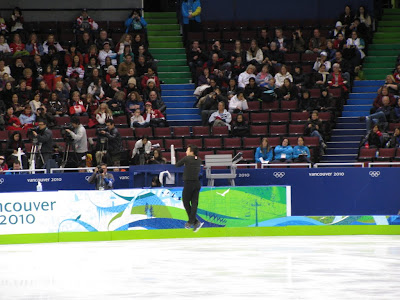 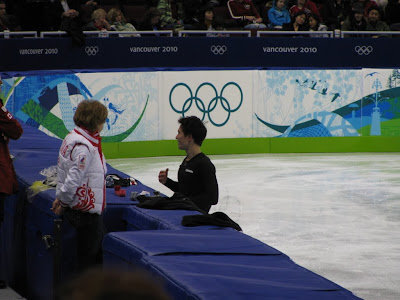 Wise words from the coach 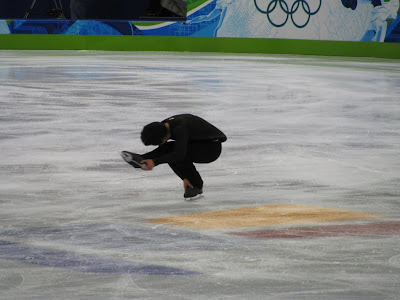 Spins are hard to catch a good picture! 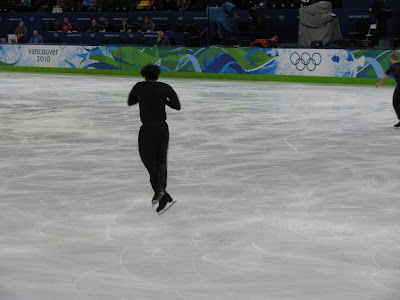 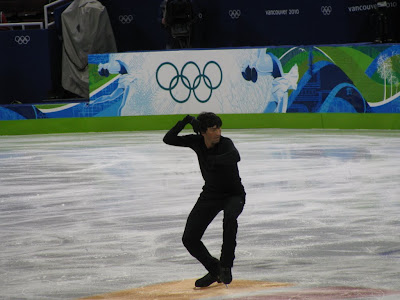 ...and running through his long program 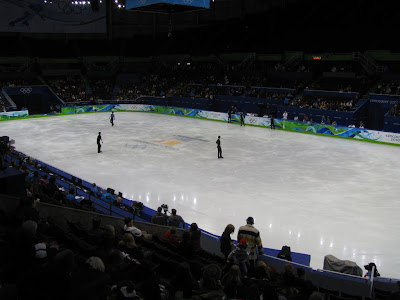 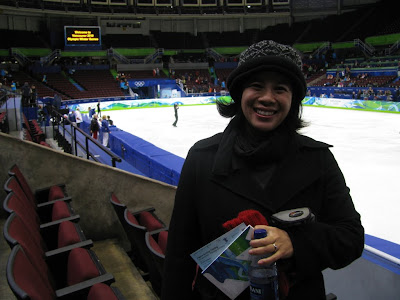 It was fun being there!

I am on my way this morning!!!