Really, though, what a weekend.

The funeral service for Bri's dad was on Friday and though it was was wonderful for the family to see so much support, it was overwhelmingly emotional for all of us.

Before I get to the point of this post, I wanted to mention a couple notes on the passing of Bri's dad and how it affected the kids.  Firstly, many have asked me how the kids have been comprehending death.  I would say that Avery is still too young and doesn't comprehend much of anything.  She seems to be going with the flow.

Josh, on the other hand, is trying to makes sense of everything.  He asks LOTS of questions and we are trying to give him the God and heaven version of death.  He understands that he won't get to see his Opa anymore.  This makes him sad.

But he doesn't quite understand where Opa has gone and how his body and spirit have separated.  With all of our explanations of one's spirit and how it goes to heaven, Josh once said that he pictures a heart, like the ones we draw but with lots of lumps, floating up into the sky until it reaches heaven.  Ha. And he asked what Opa's body was like without his spirit.  Aiyah.  He also asked if Opa could run in heaven (he was walking with a cane for the past couple of years).  What a sweet kid.

I overhead him a few times last week telling people, out of the blue, that his Opa went to heaven.   I think he wanted to hear different people's responses to see if he could make better sense of things.

The 2 times I felt like Josh had made some sense of death in his head (i.e. he gave me an "aha" sort of look) were when I told him that my grandmother (whom he remembers) and Opa would get to see each other in heaven.  And then when I said that we don't really know how God takes spirits to heaven.  We can't talk to people in heaven and they can't talk to us, so no one really knows how spirits get to heaven.  Ironic how uncertainty made him feel more certain.

The second thing I wanted to mention was that the kids fared quite will despite being at a funeral service.  Understandably, Adrian's 7 grandkids were the only kids at the funeral service.  And Josh and Aves were the youngest.  It didn't dawn on me until we sat down in the church that my 6 year old and 3 year old were going to have to sit through something similar to a church service.  Uh-oh.   Well, they didn't really start getting fidgety until about half way through the 1 hour and 20 minute service.  And even then, it was just an exercise for Brian and I in managing movement.  They were pretty amazing.

But, and here comes the real reason for this post, I think that all of this finally took it's toll on Josh.  As we were gathered with family on Friday evening, Josh started to complain that he wasn't feeling well.  He couldn't describe what was wrong, so we just thought he was exhausted from the day's events.  He was fine all day Saturday, but by Saturday evening, he started to complain again and this time, he was also feverish.  He passed out on the couch at M&C's house and we brought a sick child home and straight to bed.

We had a full Sunday schedule of catching up with family and friends.  But when Josh woke up, he was still feverish.  I brought him downstairs to the couch, where he lay, looking very lethargic and miserable.  I knew at this point that we weren't going to make our breakfast plans.

I was going to go back upstairs to tell a still-sleeping Brian to cancel brekkie plans, but Nikita, who had been experiencing diarrhea the previous day, was subliminally telling me that she needed to go outside. I brought her outside and sure enough, she still had diarrhea.  Poor dog.  I'm not sure what she ate that is giving her diarrhea.

After Nikita circled and squatted 3 times, she finally came back inside.  After surveying my feverish child and my diarrhea dog, I finally went upstairs to tell Brian to cancel brekkie.  Just at the time that I was thinking, "I'm surprised Nikita lasted through then night with diarrhea...', I got to the top of the stairs and saw the 2 piles of dog diarrhea on our carpeted den floor.  Seriously?!

And just when I thought that waking up to a feverish child and dog diarrhea wasn't enough, as I walked back down the stairs to the family room, Aves greeted me standing on the rug in front of the coffee table saying, "Mommy, I just peed in my pants."

Wow.  This was the point that I realized that this family would be spending the entire Sunday at home.  Gratefully.  What a day.

May you rest in peace.  We love you Dad and Opa. 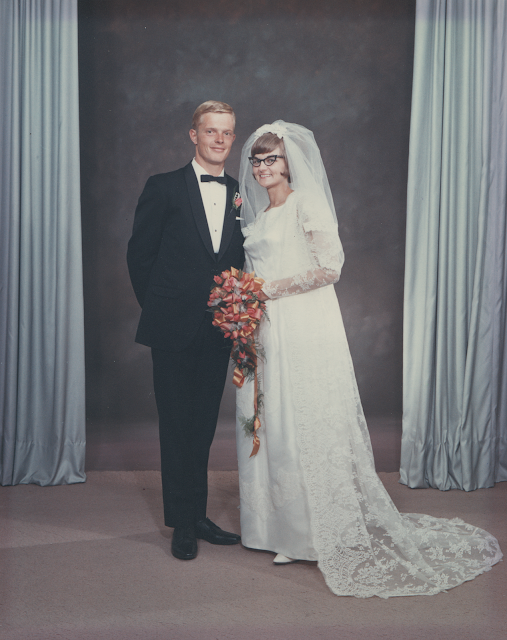 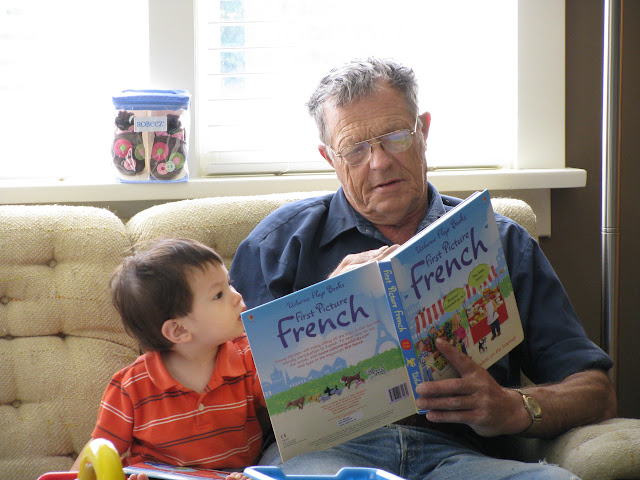 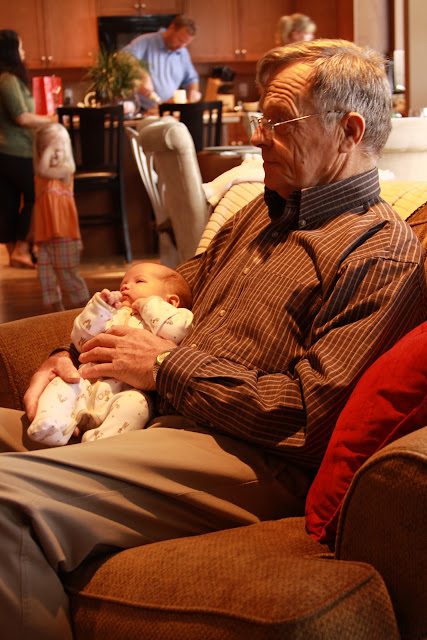