Over the winter, Josh started taking apple seeds and planting them in the backyard, hoping for an apple tree. I warned him that it was very hard to grow a tree from seeds and I didn’t have the heart (or knowledge) to get into the sterility of apple seeds. I want more than anything to see him grow a tree from seed. He planted several seeds and occasionally he asked about them, but recently, he hasn’t said too much about them.

Last week, we saw fruit trees on sale and this re-sparked Josh’s interest in apple trees. I’ve never had a fruit tree before but Brian and others say that it’s a lot of work. We left the store treeless and went home to sleep on it. A couple of days later, we decided we had a spot for the tree in our yard and it was worth a shot. And since Josh was still talking about the tree, he sealed the deal.

We had to pick from 3 different varieties - Yellow Delicious, Scarlett Sentinel and Gravenstein. Yellow delicious was out even before we started - I’m not a fan of the “delicious” varieties of apple. So we had to decide between the remaining two. In the end, we chose Scarlett Sentinel.

Then, I had this idea with the kids to name the tree.

As an aside, in early 2008, we got a blueberry plant. I originally wanted to plant it when Josh was born, but we were a little too busy to think of plants for awhile there :-) In the summer of 2008, the blueberry plant didn’t bear fruit. The first year it bore fruit was the the summer of 2009, after Aves was born. And Aves loves the blueberry plant. For the last couple of summers, when the plant was at it’s peak fruit bearing periods, Aves would stand in front of the tree and pick and eat blueberries. It was priceless to watch.

So, as we were picking our apple tree, I asked the kids what we should name the tree. Yes, I was goading by saying, “Aves loves the blueberry plant, so let’s call that the Avery tree.”. A big smile spread across Aves’ face. She clearly loved this idea. Then I asked, “What should we name the apple tree?”. Both Josh and Aves declare, “the Joshua tree!”.

It’s been very interesting to see that being his namesake, Josh has taken ownership of his tree. We haven’t planted it yet because we need to remove a cedar shrub and dig a big hole. Josh checks on the tree every time we’re in the yard and he makes sure he waters it several times a day (we were told that it’s very important to keep the roots moist while the tree is in transition). He continually asks when we will be planting the tree. We’ve created a monster!

My only concern now is what if the tree doesn’t survive?! I didn’t think that through when I thought to name the tree after Josh! On the way home with the tree, Josh started asking questions about how a tree dies and why would our apple tree die. Suddenly, I’m feeling more pressure to ensure this apple tree thing is a success… 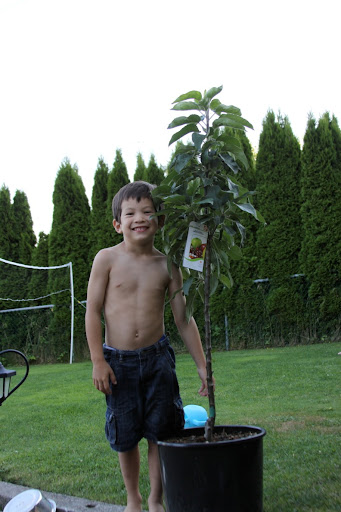 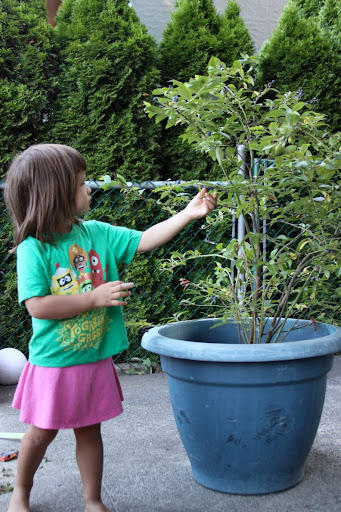 A conversation while driving out to the Canada Day parade in North Van:

J: Mommy, what is Canada Day?
Y: It’s Canada’s birthday. It’s the day Canada became a country.
J: How old is Canada?
(Leave it to Josh to ask the hard questions! I dig into the recesses of my brain and for some reason, 1867 sticks in there quite well. I do some quick math and come up with…)
Y: Canada is 145 years old.
J: One hundred and forty five years old?! That’s older than Daddy!

And later on that day, Josh comes up with, “Mommy, what kind of cake does Canada eat on it’s birthday?”
Posted by Yvette at 9:22 PM No comments:

This was the highlight in my rainy and cold Canada Day long weekend... 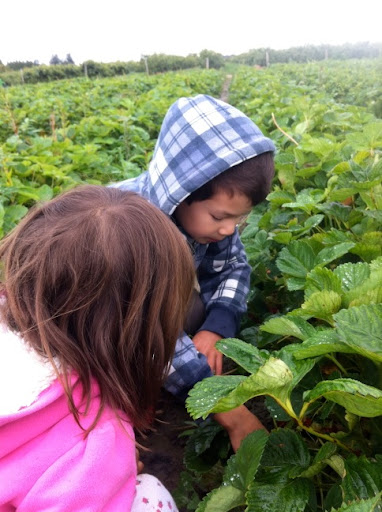 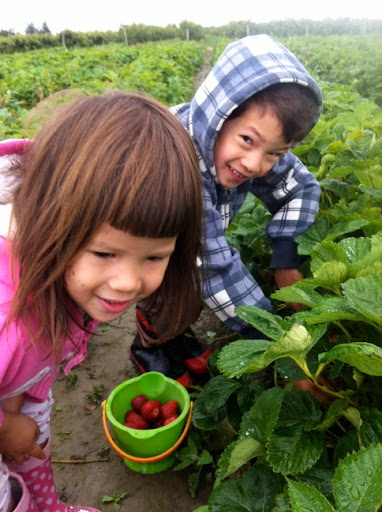 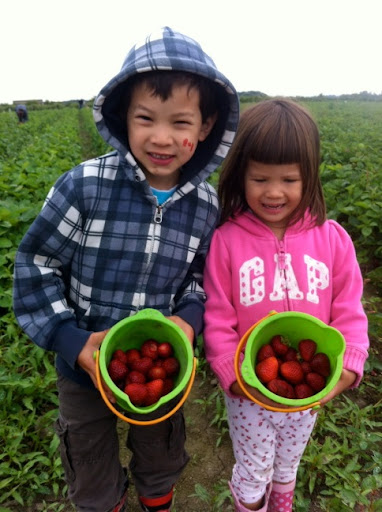 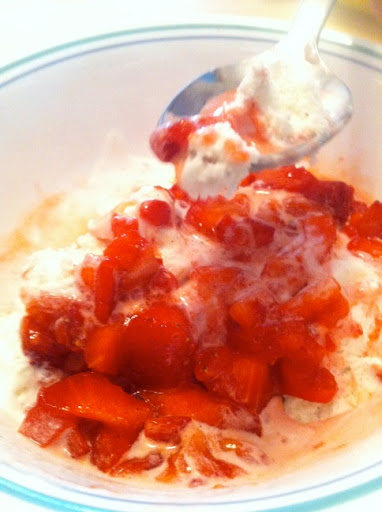 I remember when we were young, my parents used to speak to each other in Indonesian when they didn’t want us to know what they were talking about. To this day, I’m not sure that they believe that we all, indeed, understand a bit of Indonesian (enough to understand what they were saying about us!).

For the past little while, Brian and I have been spelling words when we don’t want the kids to understand what we’re saying. We don’t do it often, but we do it purposely. Lately, I’ve noticed that Josh listens more and more when Bri and I talk to each other. There have even been times when I’ve spelled a word and Josh would ask what I was spelling. Sorry, kid!

Yesterday, we were in the car on the way to Emma Lea Farms. Out of the blue, Josh says, “Mommy, Avery has her F-E-E-T on the seat.” You should have seen the look of incredulity that Bri and I gave each other!

And just in case we weren’t clear that Josh is catching on to our tricks, once we reached Emma Lea Farms and found out we couldn’t pick strawberries, I said to Brian, “We can still get some I-C-E-C-R-E-A-M.”. Without missing a beat, Josh says, “Mommy, are we going to have ice cream?”. Dammit.

What did your parents do when they didn’t want you to know what they were saying? And better yet, what do you do when you don’t want your kids to know what you’re saying?
Posted by Yvette at 11:50 PM 1 comment: