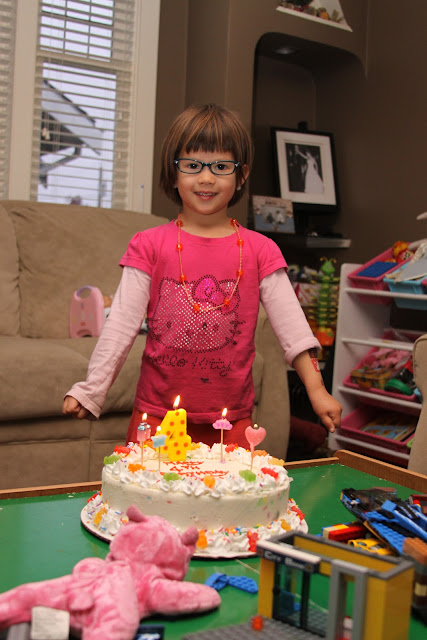 A couple of days ago, Josh and I were huddled over the iPad.  I had just let him download an app or something.  I think he was so giddy with happiness that he couldn't help but say:

"Mommy, you may not be the prettiest mommy, but you're the BEST mommy!"

YOUCH!  Seriously, kid?!  What do I say?  How do I respond to that?  Clearly, the obvious response is, "Who is prettier than mommy?!"

The verdict is still out.  He wouldn't respond.  I know he was thinking of someone; I could see it in his eyes and that sly little smile!  Darn kid.
Posted by Yvette at 10:22 PM 1 comment:

I have been completely absorbed by work.  My project work started ramping up in late November and it hasn't stopped since!

My latest project, fp, has been the biggest challenge I've undertaken in awhile.  Take a project that has too much scope, not enough schedule and mismatched resources, and you have a recipe for disaster (I'm sure my project management/engineering/IT professional friends can empathize).  Take that and multiply it by 3 years and you have fp.

It has meant many 10 to 12 hour days trying to get on top of the fp pile.  I've had to juggle work days with family time and late nights working at home.  It's been exhausting.  But ironically, I still feel like I have mental capacity.  I am not drained by it.

Then, late last week, I had a parent-teacher meeting at Josh's school.  It was a 45-minute meeting and I came out feeling like I'd been through the ringer!  There's nothing like feeling like you're failing as a parent to completely suck the life out of you.

The p-t meeting was a morning meeting and as I commuted into work and tried to get my head into my impending work day, I came to this realization: as much as fp has been challenging my capacity and boundaries and pushing my limits, it is a walk in the park compared to parenting.  I can only wish that parenting is as easy as fp.  Ha.
Posted by Yvette at 12:58 PM No comments:

Josh and Aves went to a birthday party in December.  Like most kid's birthday parties, they came away with goodie bags.  On the car ride home, the kids did the ritual goodie-bag-opening.

I told Josh what it was and I demonstrated how to use it.  The kids howled.  They thought it was hilarious.  Yay.  Josh seemed to figure out how to blow it up but Aves couldn't, so each time she squeezed the cushion and the kids howled, she asked me to blow it up again.  Yay.  Even greater.  Call me the no-fun mommy, but I seriously didn't get it.

Then, a few weeks later, the kids re-found one of the whoopee cushions in the mess that we affectionately call our car.  Bri was driving but he had hopped out momentarily at one of our stops.  The kids and I waited in the car and they played loudly in the back with the whoopee cushion.

For whatever reason, I decided to put the whoopee cushion to the test.  I told the kids, "let's put the whoopee cushion on Daddy's seat and see if he sits on it when he comes back".  The kids LOVED the idea and were so excited.  I figured that it wouldn't work because the cushion is in plain sight and Bri would be able to see it long before he sat on it.

Well, the next 5 to 10 minutes were the longest 5 to 10 minutes EVER.  The non-stop "is Daddy coming yet?!", made me regret I ever came up with the idea!  Who would have thought that you'd need a whoopee cushion to hold a child's attention for 5 to 10 minutes?!

FINALLY Daddy emerged from the building.  The anticipation was palpable!  We watched him hurry around the car and head towards the driver's door.  He was rushing because I guess he felt bad making us wait so long.  He quickly opened the door and sat down swiftly, with a resounding farty noise!  Bwahahaha!  It worked.  We ALL howled.  Including me.