Since Josh was about 10 months old, we've been taking him to a local drop-in program called Motoring Munchkins. It's basically a gymnasium full of toys for kids, aged 1 to 5 years, to run around and play. Josh LOVES it. He is such an active child that it's perfect for him!

Since I've been on maternity leave again, I've opted to go to the Wednesday class instead of Fridays, hoping that it may be a bit less crowded since it's the middle of the week. Not only is it less crowded, but they also have gymnastics equipment set up for the gymnastics classes that take place later in the day.

All the gymnastics stuff is new to Josh and he is enjoying it quite a bit. He runs around, going from equipment to equipment, testing it all out. His big thing right now is hanging. He learned to hang on the uneven bars and now he'll hang on just about anything - which isn't always good when he can pull over bookshelves and tables at home!

He also loves to jump, but what child doesn't?! And we've found that he's pretty good at walking on the balance beam too! 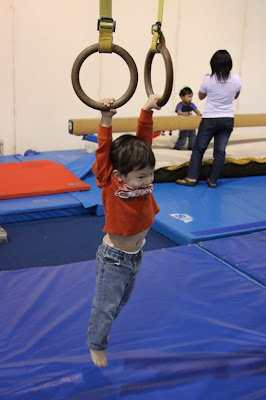 See what I mean about hanging on anything?! 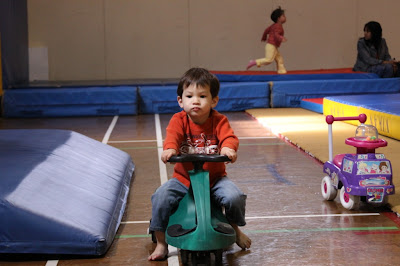 I forget the name of these riding wheelie things, but you can get them at Costco 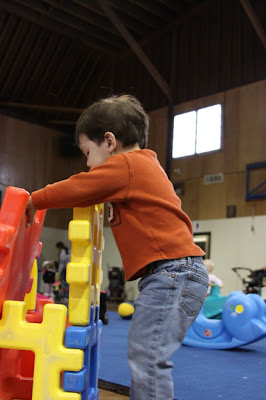 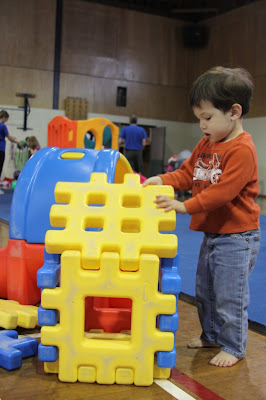 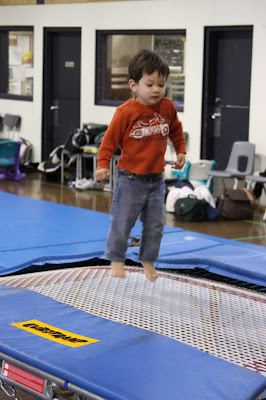 Josh jump, jump, jumps right onto a mat at the end 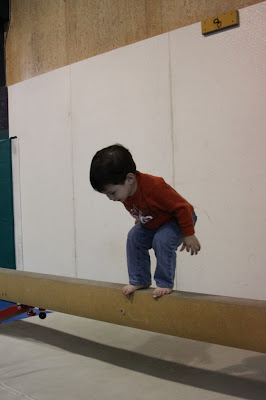 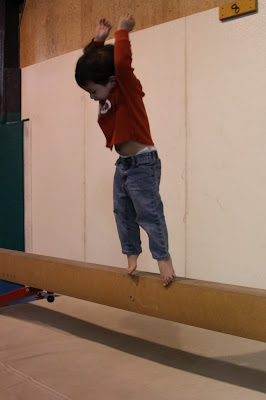 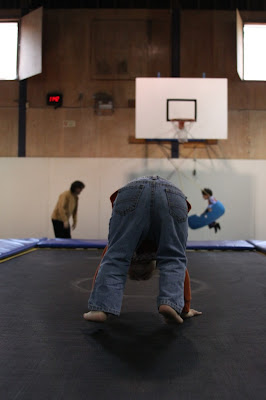 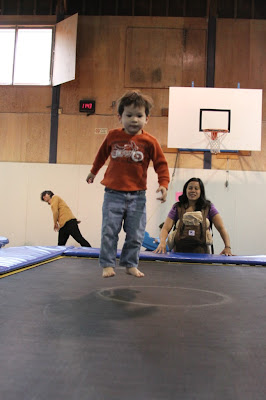