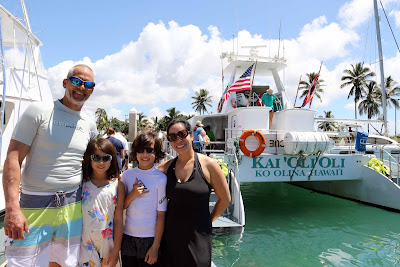 Tour #2 on Oahu.  Since we agreed to go to the Polynesian Cultural Centre for Aves, we had to go snorkelling for Josh.  I'm not very adventurous when it comes to snorkelling and Aves flat out refuses.  So, we decided to do an afternoon tour that got us out on a boat so that we could get a bit of snorkelling done while Aves had some fun too.

We went dolphin-watching and snorkelling with Ocean Joy Cruises.  As much as we planned to go on a jeep tour, we did NOT plan to do a snorkel tour.  This was the best last-minute decision on our trip!  We decided to book the tour because the weather had been on and off rain.  It felt right to be out on the water if it was going to rain (or maybe we might be tempted to stay indoors?).  Also, the tour took us to the drier, leeward side of the island.

Well, the weather decided to cooperate for our tour.  The sky was blue and the weather was perfect!  We saw so many spinner dolphins and they 'performed' for us!  We swear it was staged! (It wasn't staged.)  Getting to snorkel with turtles was the icing on the cake.  We couldn't believe our luck to get to see so many dolphins and turtles up close.  Even Aves, who refused to wear the snorkel gear and initially didn't want to be in the water, got to see a turtle when it surfaced. 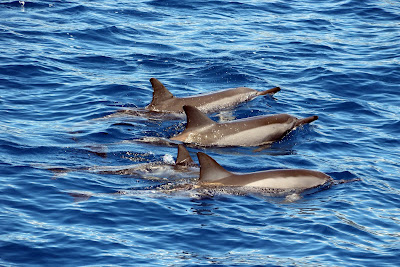 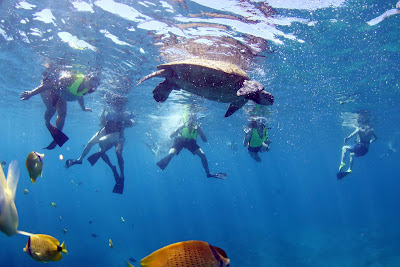 I have to say that I was very proud of Aves on this tour.  She was reluctant to get in the water from the beginning.  And Aves can't be convinced.  She knows her limits.  I could tell she was sure she didn't want to use the snorkel and mask, so I didn't push.  I could also tell she wanted to go in the water but was scared.  I think between the bright yellow floaty thing we had to wear, the flippers and the pool noodles, Aves felt like she could give it a try.  She came in with me briefly, we managed to get one picture from the tour's photographer but she was panicky right from the moment she came in and she wanted out.  Done. 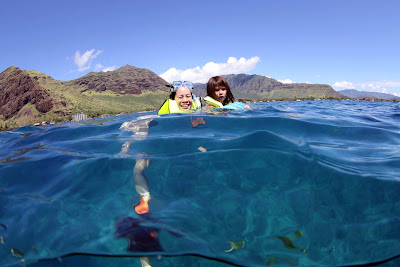 About 10 minutes later, I saw her on the stairs at the back of the boat again.  She was ready to come back in the water!  This time, she was not panicky at all!  She seemed to overcome whatever it was that was freaking her out.  She was even ok to let go of the rope that was attached to boat!  In the end, she said, "It was alot more fun that I thought it would be!".  Ha. 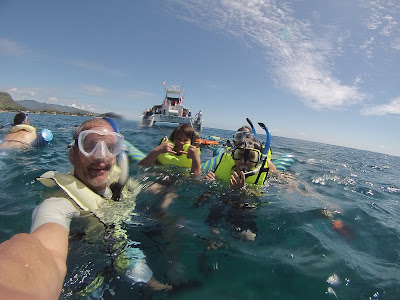 Our all-woman crew of 5 were impressively laid-back, fun and skilled.  I'm not sure how we were anchored while we snorkelled, but when the boat stopped, one of the crew dove into the water with a rope and when she came back up, she wasn't holding the rope.  At the end of the snorkel, she dove in again and came back up with rope.  I'm not sure what we were anchored to, but she held her breath a mighty long time!

Again, too many photos to post here.  You can see the album here - https://photos.app.goo.gl/N4h4QqeqjtPgPY7o1.

P.S. Later on when we were headed back to the dock, Aves told us that she was scared because she saw all the fish and though she loved looking at them, she didn't like the idea of them swimming around her.  She's not sure how she finally convinced herself that it was ok! 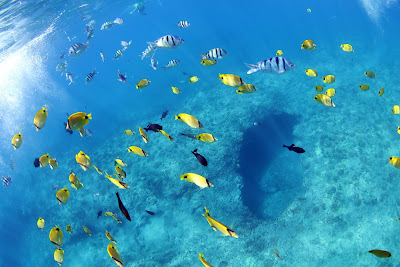