This is Josh's fifth year playing lacrosse. It's a year-round sport - with field lacrosse in the fall/winter season and box lacrosse in the spring season (carries into summer for the higher levels). Some kids play either field or box. Josh plays both. I see his love/hate relationship with it. Sometimes he wants to play and sometimes he doesn't. Brian has done his fair share of nudging Josh to get him to go to practices.  At the end of the day, though, I think it's engrained in him now and if he stopped, he'd miss it.

I'm still not sure how I feel about Josh playing lacrosse.  It's a rough sport and Josh isn't a big kid.  Not even close.  But I do love watching the kids play.  Seeing their growth through the years, as a parent, I'm in awe.  Not just Josh, but his teammates too.

This past 2017/18 field lacrosse season was a particularly memorable one.  Josh has bounced between the 2 tiers in his division from year to year.  This year, he made the Tier 1 team and the kids had quite a successful season!  They were undefeated in regular season games, losing once in tournament play. They won gold in the 2 tournaments they entered.  Then, to end the season on a high note, they won their final tournament, which was the equivalent to Provincials (officially, they don't have 'Provincials' until the next division up)!

More importantly, I think the kids gelled well this season.  They also had fantastic coaches!  It was inspiring watching them come together as a team.  The team deserved their success this season and we are so proud of them!

Now, after a couple of weeks of rest and digesting their success, they have started tryouts for box lacrosse season.  Ha - no rest for the wicked!  Go Bellies Go! 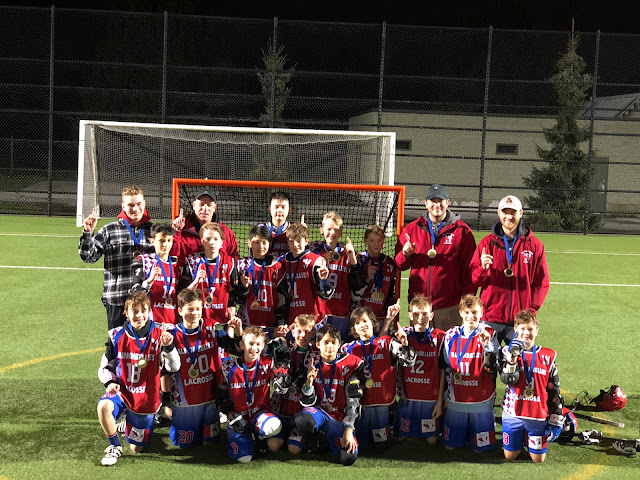 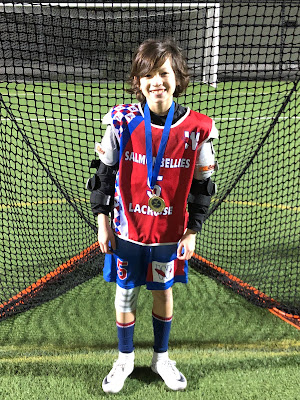