I’ve just taken 2 1/2 weeks off for Christmas holidays.  It’s not a long time but usually when I take that time, we go somewhere.  This year, I decided I wanted to take 2 1/2 weeks and do nothing.

I realized this was odd for me when, everytime someone asked me where we were going for vacation and I said nowhere, they were shocked.  They couldn’t believe I hadn’t planned anything.  Wasn't going anywhere.

After the 2 1/2 weeks, I would say that the vacation was...interesting.  Would I do it again?  Yes.  Was it relaxing? No.  Was it a good break?  Yes.  It gave me time to focus on my family (and myself).  It helped me to gain some insight on my relationship with my kids.  I can't fully articulate what I learned yet, but I'm still processing.

Part of doing nothing involved little pleasures like going out for dinner.  One night, we went to one of our usual haunts (the kid's current favourite place to eat).  I'm not going to say where for fear of being judged. :-P  During dessert (and in the spirit of enjoying little pleasures), I decided to start taking pictures of the kids.  They thought this was fun.  This is how it evolved...

First, Aves made a face when I took a pic: 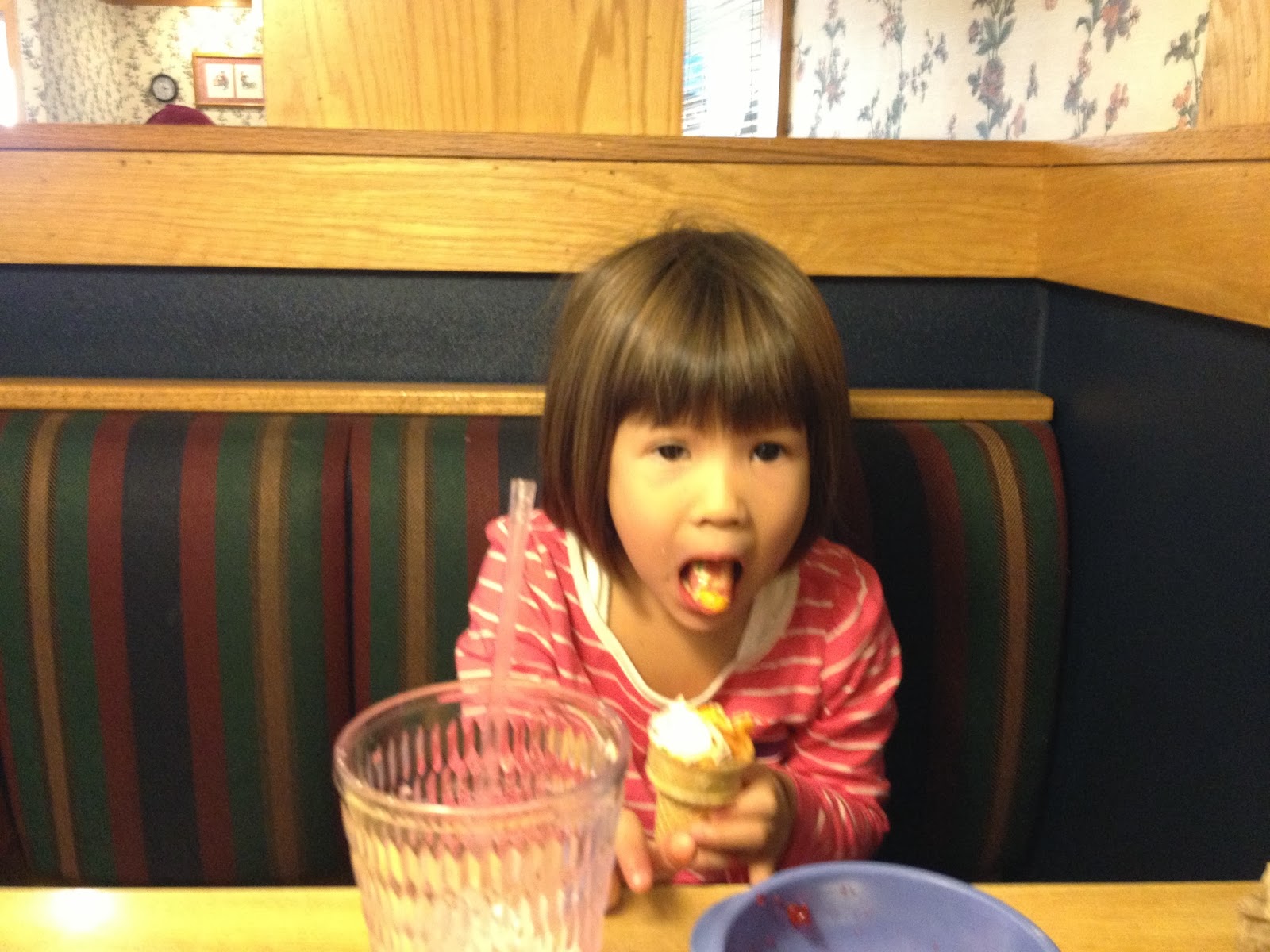 Josh thought this was funny and wanted me to take a pic of him: 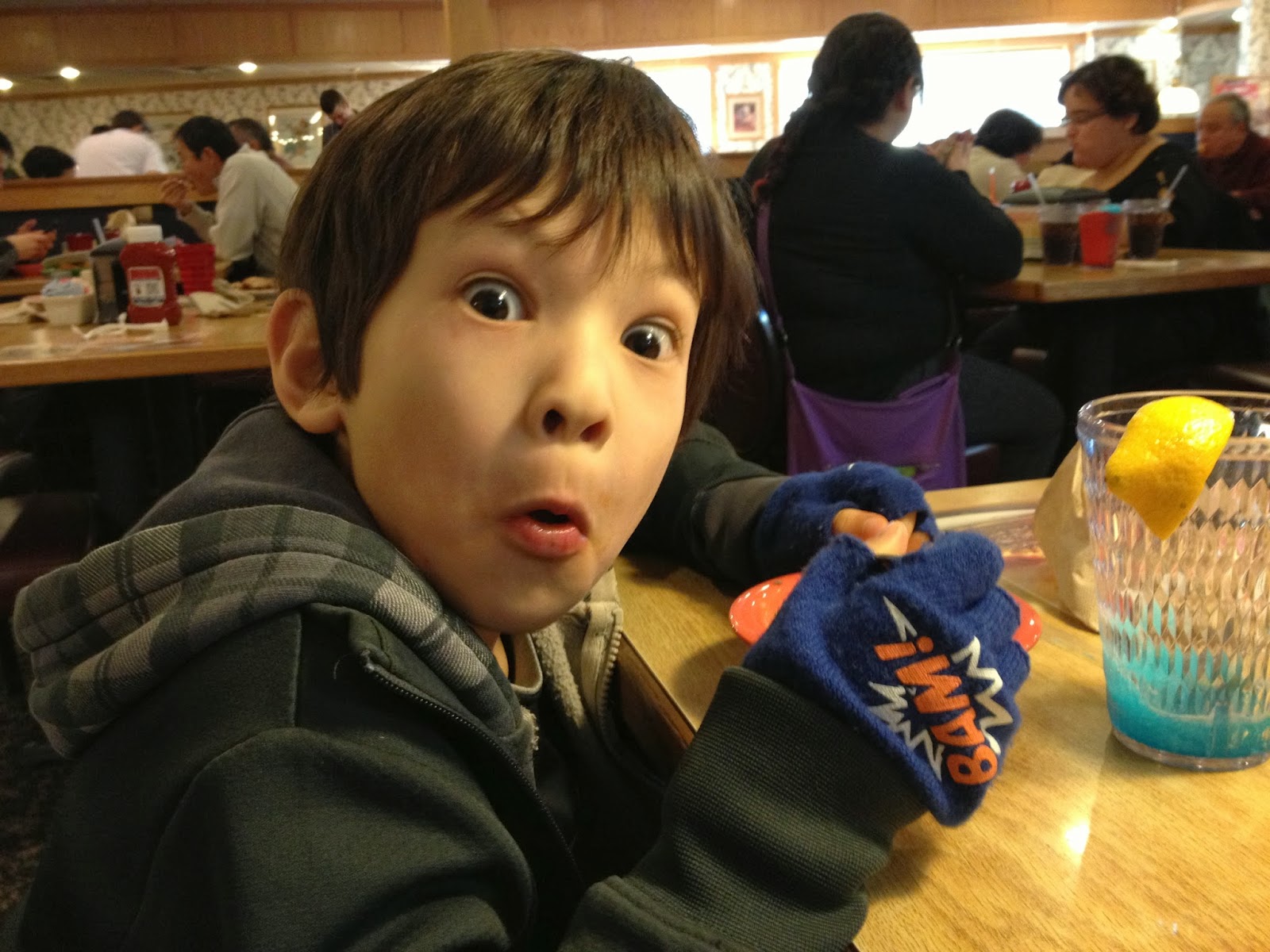 This prompted Josh to want to take a pic of me.  I obliged, of course, by making a face: 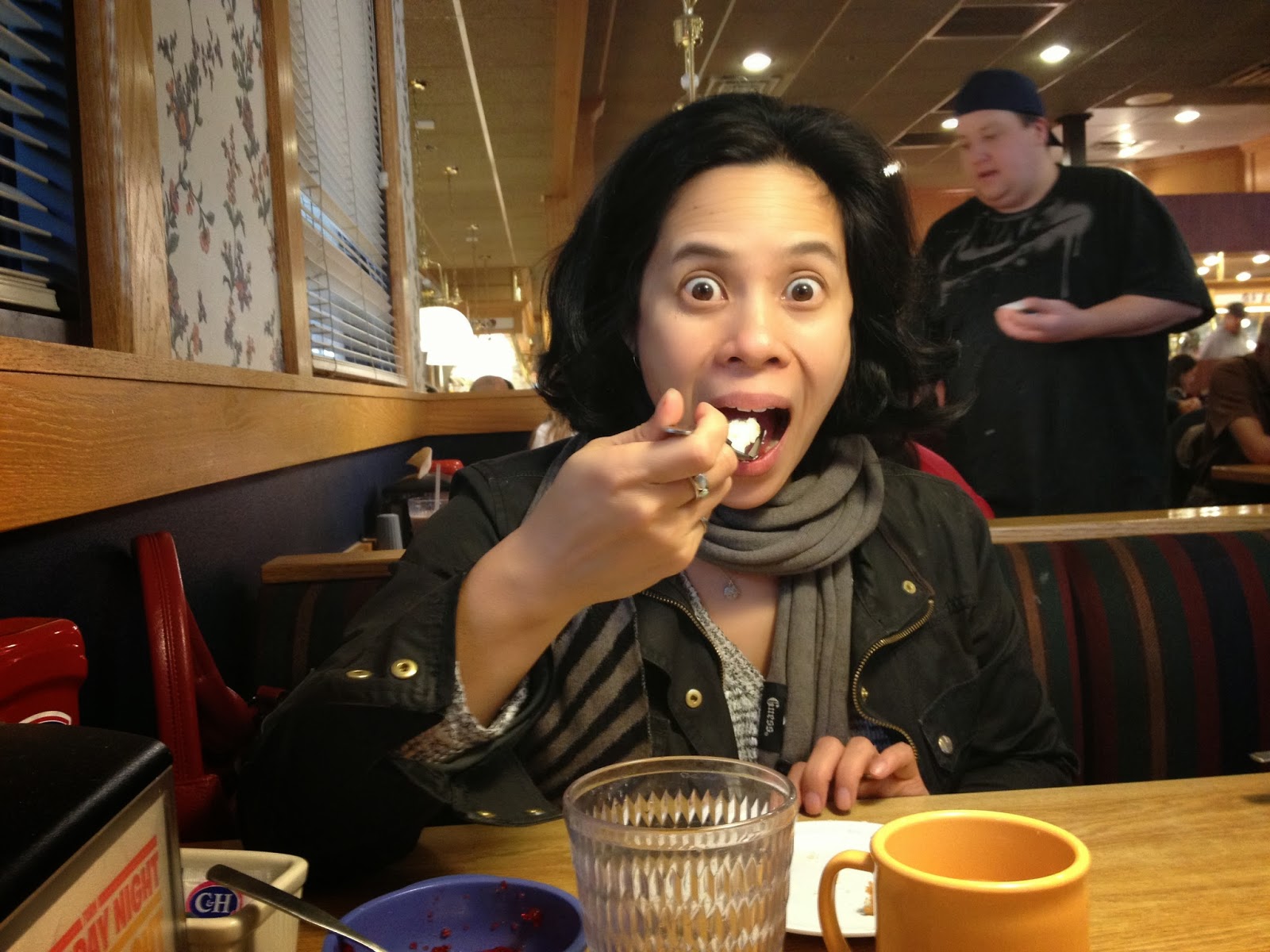 Then Josh wanted to take a family shot (for some reason, I forgot the making-a-face theme): 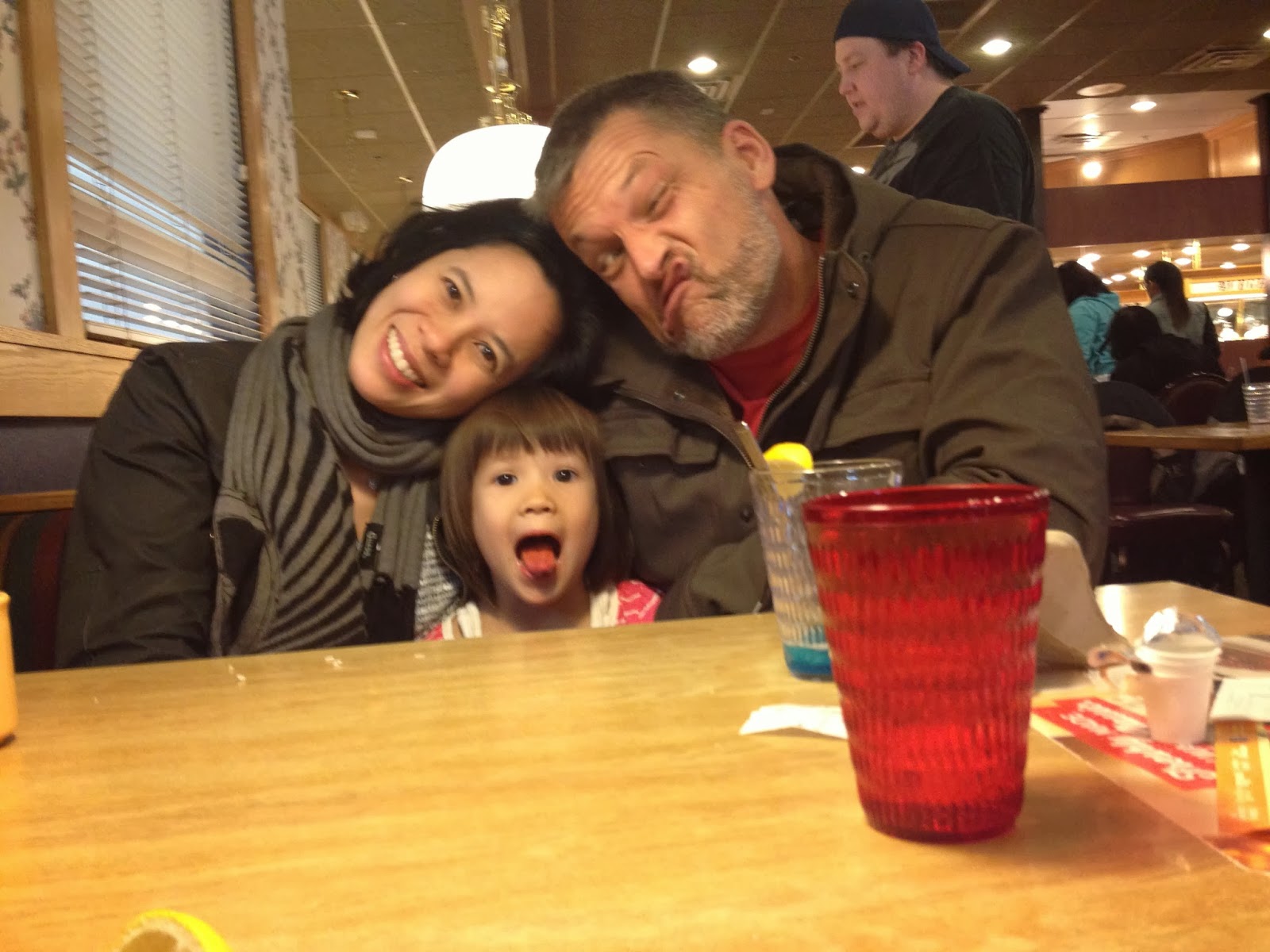 I wanted Josh in the shot, so he did this: 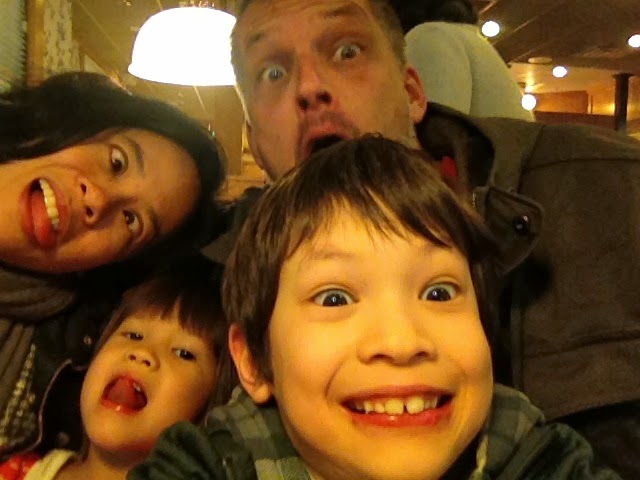 Not wanting to be outdone by her brother, Aves needed to make sure she took a pic as well: 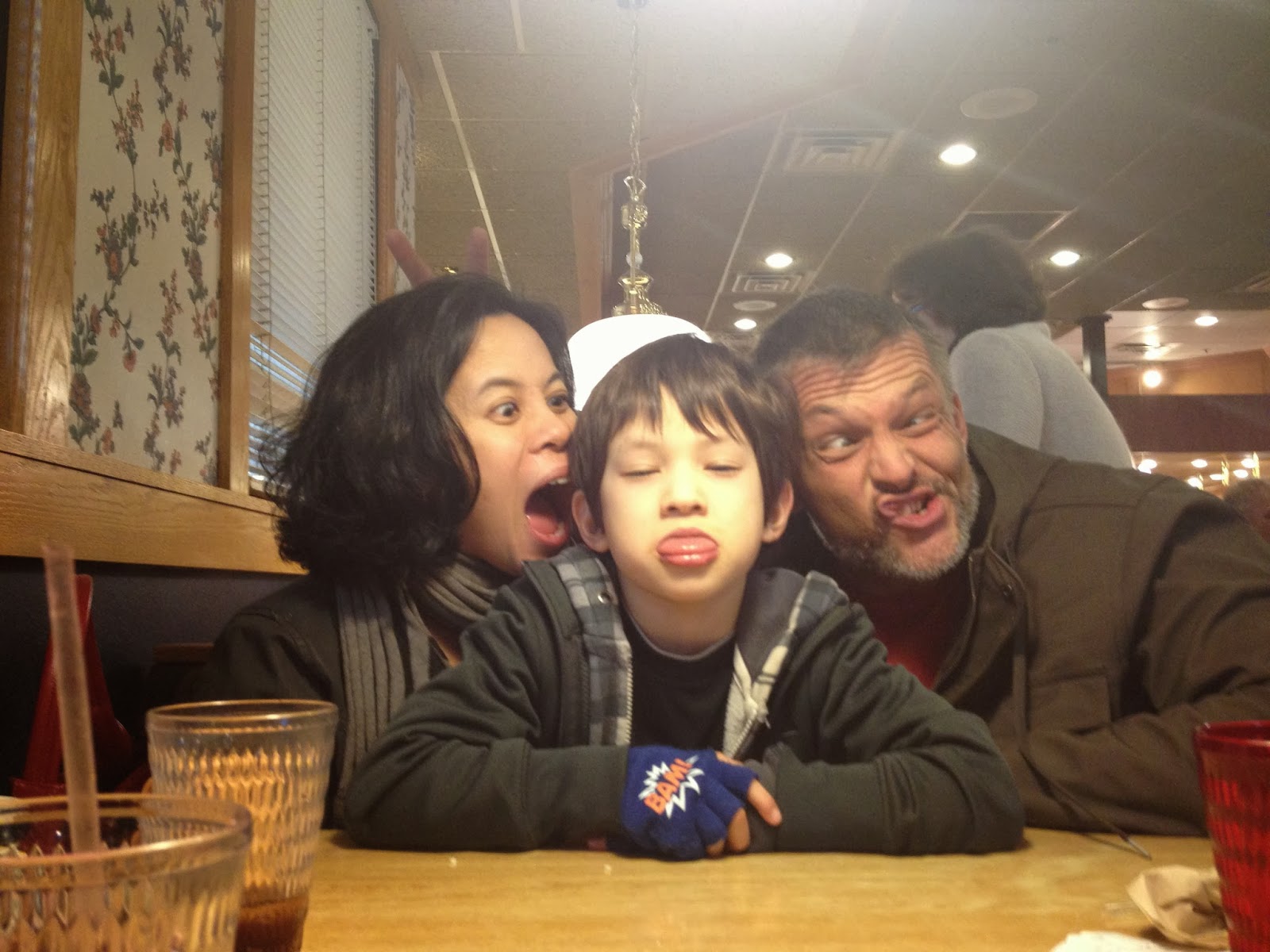 Staycations are the best! We are overdue for a catch up. Coffee/tea soon?

Life's little pleasures for sure and I judge that to be a great first post!