...is wicked.  It is the best Broadway musical I've seen since Les Miz.  It was FABULOUS!

DD and I decided to see if we could get tix yesterday.  We headed to the Gershwin Theatre at Broadway and 51st Street around noontime.  The host, Gregory, told us to come back at 4:30pm to line up for cancellation tix for the 8pm show.  Little did we know that we would be lining up from 4:30pm right until 8pm!  3 and a 1/2 hours!

When we arrived at 4:30, we settled into the line up amongst 2 ladies who were in the Air Force and 4 college girls who were in the Navy (probably due to Veteran's Day weekend).  Our plan was to get our tix, go back to Shab's, drop off our shopping loot, go have dinner and then watch the show!  Little did we know, right?!

After about half an hour, I decided it was pointless for both of us to go back to Brooklyn and then back to the city (especially since I JUST lost my Metro card.  Ugh.), so I said I would drop off all our shopping loot and then come back.  DD agreed.  Luckily, when I went back, I grabbed a couple of apples for us!

When I got back after 6pm, DD was STILL in line.  We were about 10th in line at that point - and there were about 6 people that had already gotten tix.  For the next 2 hours, we stood there waiting for the box office to open and for them to call us over.  At 7:40, they opened the box office for the second time since we got in line at 4:30 (reminder: the show started at 8).  They called people over sporadically.

At 7:50, it looked bleak.  The 4 college girls just got their tix and the 2 Air Force ladies were still ahead of us.  Finally, at 7:55, they called over the Air Force ladies, then us right after.  OMG - we got in!  And the couple behind us in line got the LAST 2 TIX!  I'm not kidding when I say we took our seats, the couple in line behind us took the seats beside us and as we all set our butts down, the curtain went up!  It was THAT close.

Our seats were in row G.  Literally, 7 rows back from the stage.  It was amazing!  And the show was much more fantastic than I ever imagined.  It was such a wonderfully creative story and the music and singing was phenomenal!  I now only wish I could have seen the original Broadway production with Idina Menzel and Kristen Chenoweth.  Very well done.  I'm so glad that we went.  We ended up eating dinner last night at 11pm (lucky we had those apples!).  But it was worth the wait.  And it was worth it to get to go with my sis, too.  That was the icing on the cake.  Thanks, DD! 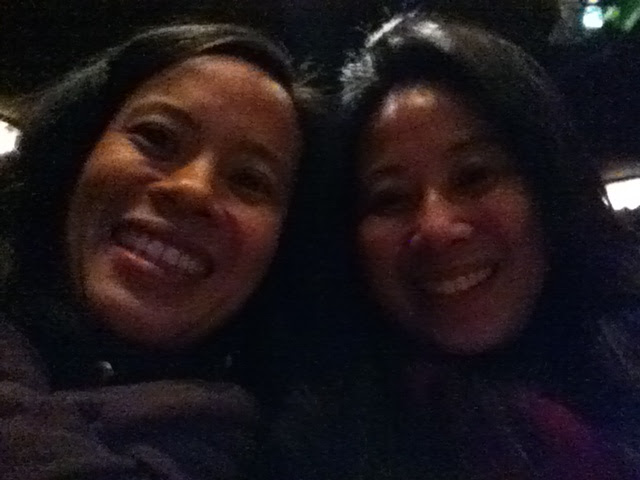 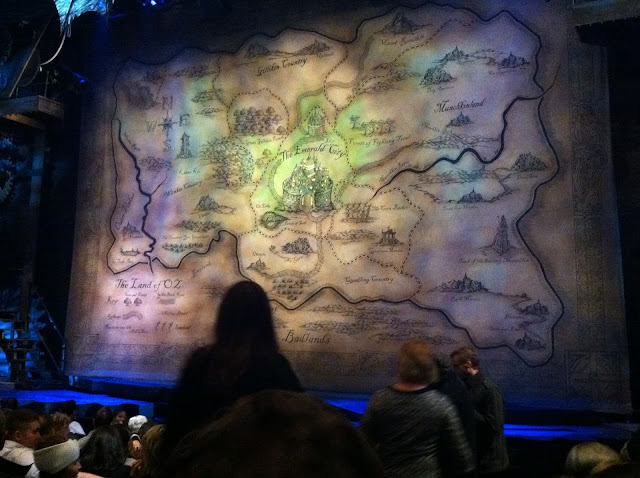 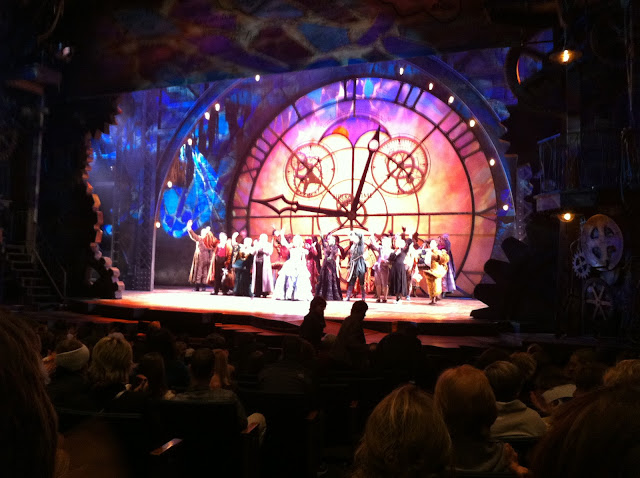 Love it and love finally seeing Gen on Facebook! lol Sounds like you guys had a blast:)